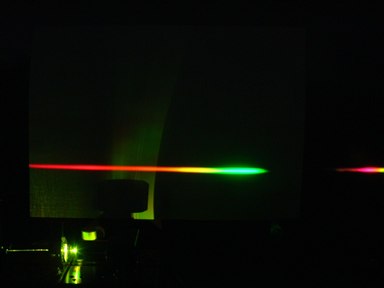 Numerical and experimental study of the spread of high-intensity femtosecond pulses in optical media. Practical application of the experimental data communication systems and other applications. 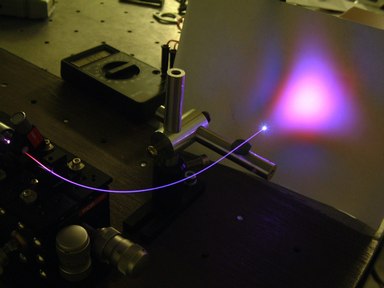 Spectral supercontinuum generation in photonic crystal fibers and study the dispersion of such fibers.

Fig. 1. Change of temporal (a) and spectral (b) structures of single-cycle optical pulse due to self-action in nonlinear dielectric medium. Structures of field and modulus of spectrum of initial pulse are shown by a dashed line. τ, Ω are normalized time and frequency of radiation.1 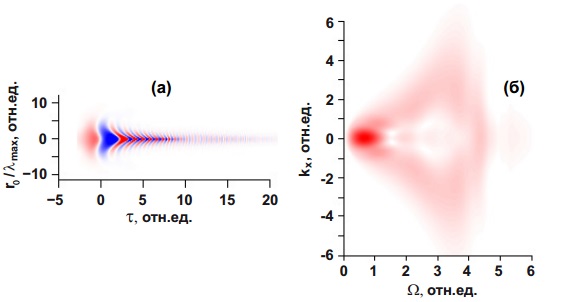 Experiments were performed in two-photon excitation of the femtosecond signal of the primary photon echo. We registered the primary photon echo in the semiconductor layer of zinc oxide with a nanodimension thickness of (100, 600, and 800 nm). This phenomenon was displayed on the quantum transition, which corresponded to 400 nm under a room temperature. Photon echo was observed on the free exciton. Registration of the partially weakened energy echo signal, by the scattering on the optical phonons was carried out at a wavelength of 800-840 nm. Nano-optical effect of the account reducing of time of the irreversible transverse relaxation of the environment T2 with the decreasing of the layer thickness was detected. The established fact was connected, first of all, with the structural characteristics of the studied layer and, secondly, with a decrease of the intensity of the longitudinal interactions of excited particles with the diminution of the layer thickness.

Numerical and experimental research of stimulated Raman scattering in compressed gases and crystals. Application of SRS for spectral and time optical gating of signals.

New methods of terahertz imaging and its scientific and technical applications 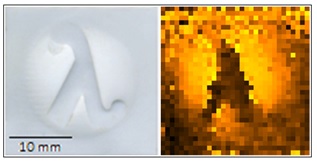